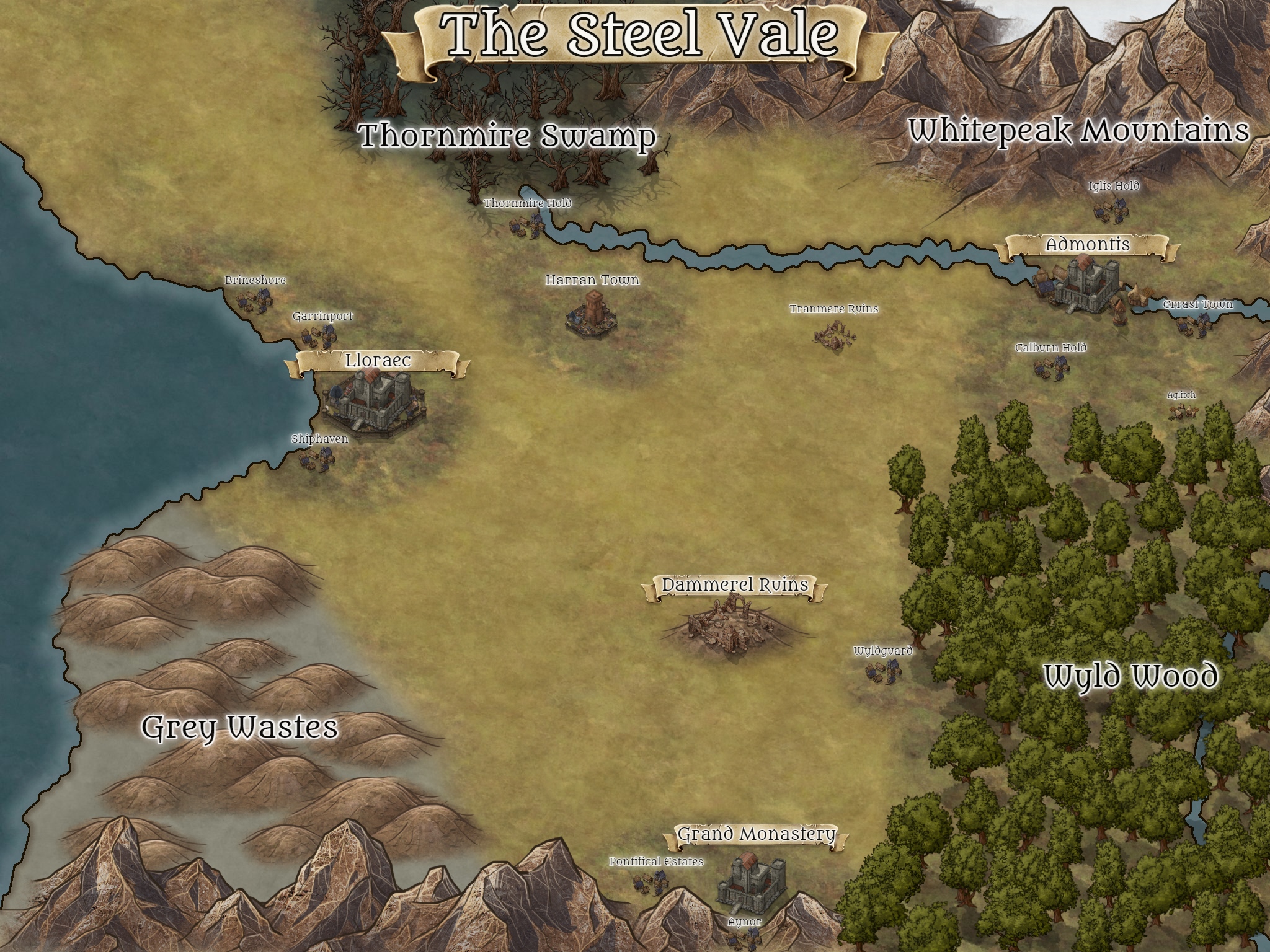 Last weekend I finished up the my most recent campaign I was running, “Embers of an Empire”. One of my players recently had a child and I thought it was about time to move the campaign in the direction of a conclusion. My players really kicked ass and I’m very proud of the way the handled things. The players started in the Borderlands in a village named Aglitch, which they eventually built up into a town. Given that the campaign is now over, I’m now free to post all the campaign maps I’ve made. Feel free to use any of these if you’d like. The player-facing maps were made with Inkarnate and the hex map with hextml. The hex map is intended to be at a 6 mile hex scale. I hope these can be somewhat useful to someone.