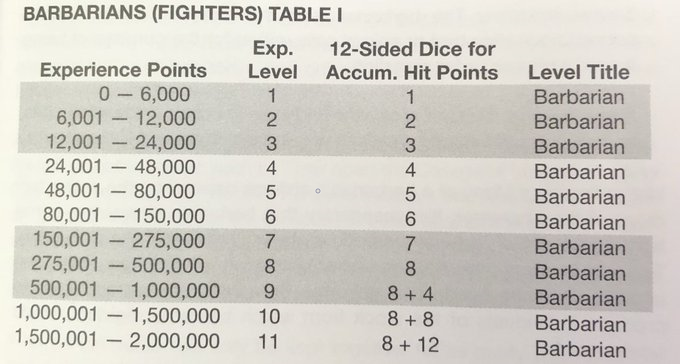 I really like the old school tradition of having titles associated with different levels for all the classes. They imply that the levels are diegetic and that the world should care just as much as the players that their characters are levelling up and they also allow me to give players information about the levels of NPC’s. If I say, “Rumor is that a sorcerer has taken up residence in the abandoned mines.”, that gives my players some information about the level and strength of that NPC.  However, I think that the level titles as used in most games are much too frequent for my taste. Having a new title every level overwhelms players with excess information they need to remember and makes it harder to emphasize the importance of certain level thresholds.

In my own game I use tiers of play and I tie the level titles to those. The tiers go from level 1-2, 3-4, 5-8 and 9+. These tiers are tied to important milestones for many of the classes. For mages and clerics, the tiers line up with ability to cast 2nd, 3rd and 5th level spells.  (Mages get an additional title at level 11 because of 6th level spells.) For fighters, I’ve given them bonus damage and cleaving (A popular house rule created by Adventurer Conqueror King System) and they get a point of bonus damage every time they enter a new tier. Additionally, every class gets the ability to build a stronghold at level 9 (except fighters, who uniquely can build a stronghold at lower levels.)

In my next campaign I’m planning to use a slightly modified version of the level titles and those are the ones I’ll list here. Demi-humans take on the titles that make the most sense. (So a dwarf might be an Axemaster at level 5, while an elf could either be called a Swordmaster or a Sorcerer.)

One thought on “Custom Level Titles”