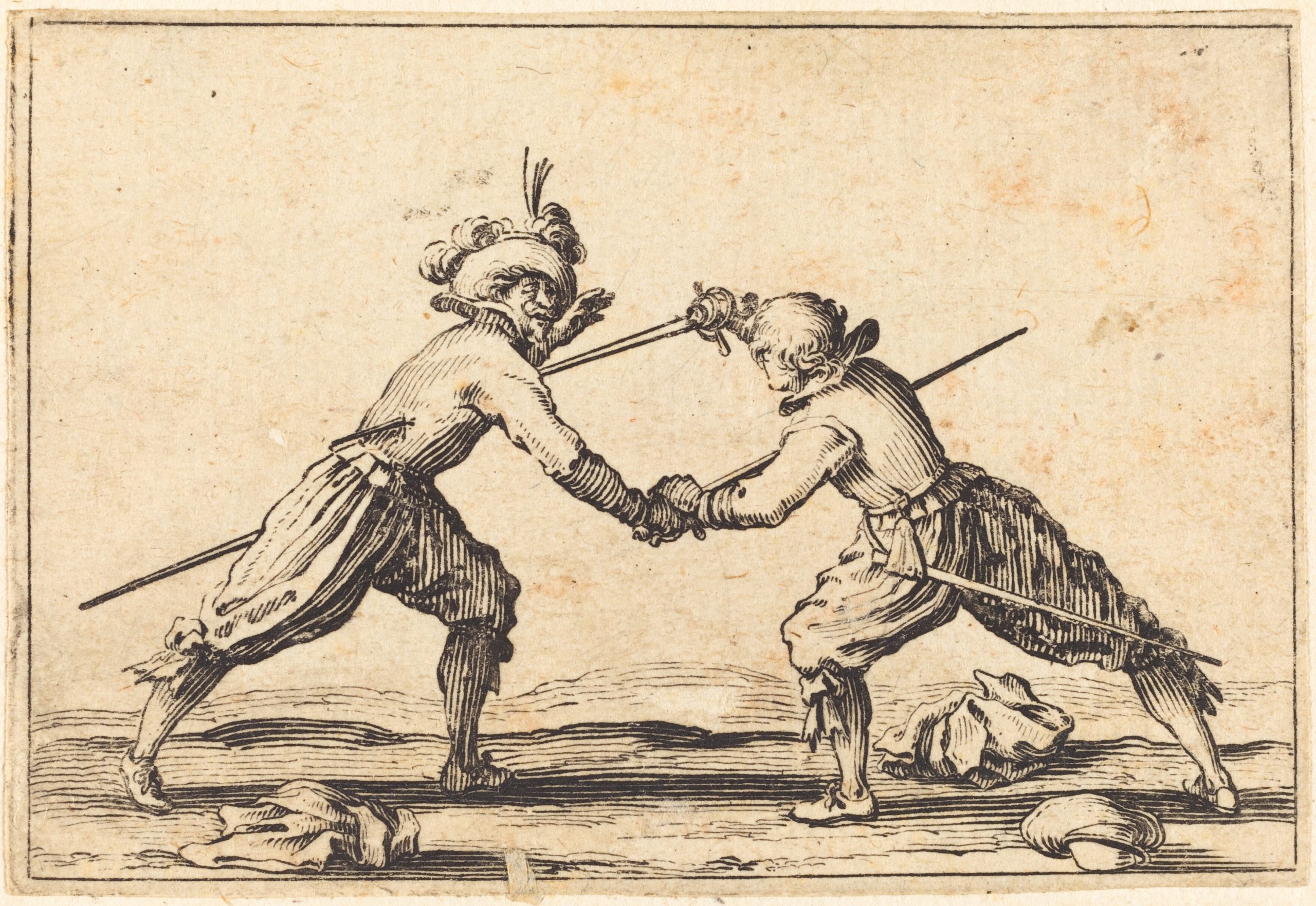 During my last campaign I started with only the traditional classes available in B/X (Fighter, Cleric, Magic-User, Thief, Dwarf, Elf, and my version of the Halfling, the Ratling). As time wore on, I ended up creating multiple new classes, but they all came about as versions of the existing classes that PC’s or retainers adopted (similar to sub-classes). For my next campaign, I have re-worked a few of these, added to them and rounded out the full list of classes that will be available to my players eventually. Because of this there are a few idiosyncrasies (ranger is a sub-class of “Expert” along with Thief), but I’m definitely satisfied with the power level and mechanics of all of them. Anyway, today I present to you a sub-class of the fighter based on the one from Dragon Magazine #73 for AD&D.

Description: A lightly armored fighter with a focus on dueling (and grappling if you use the optional method of grapplers rolling their HD).

Duelists have the same saving throws, fighting capability (in my game this includes bonus damage and cleave rules from ACKS), armor and and XP progression as a fighter. They have d12 as their Hit Dice.

Cleave (Optional rule from ACKS): When a Duelists reduces and enemy to 0 HP, they may immediately make another attack against a new enemy. They may may make as many extra attacks as their level. If you don’t use this rule, replace it with the ability to make multiple attacks against enemies with 1 HD or less, or whatever version of multiple attacks you give to Fighters in your game.

Duel: Every round, before initiative is rolled, a duelist may pick a single enemy to engage in a duel. The Duelist gains a a bonus to their AC against any melee attacks made by that enemy and gains a bonus to-hit on any attacks made against that enemy. (The bonus is equal to the Duelists bonus damage; i.e. +1 at level 1, +2 at level 3, +3 at level 5 and +4 at level 9.)

Two-Weapon Specialist: When using 2 weapons, a Duelist improves their AC by 1 against melee attacks. (This is in addition to whatever rules you use for two weapon fighting in your game. I rule that using two weapons grants +1 to-hit and you can deal damage with either item.)

Parry Deathblow: The first time a melee attack would reduce a Duelist to 0 HP in a combat, they must make a Save against Death. If they succeed, they are reduced to 1 HP instead. (In my game, I use an Injury chart, so it’s possible for this ability to come up many times over a character’s career. However, given it’s usefulness in games where 0 HP results in death, I think it’s still pretty balanced in those games.)

Duelists can build a stronghold at any level, just like Fighters