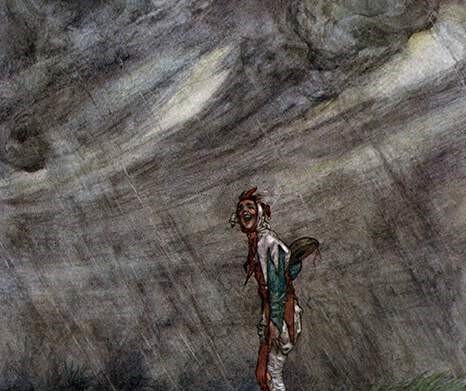 In my game, I’ve consistently had issues running travel by the book. Rolling for characters getting lost, foraging, wandering monsters (and then to determine the kind of wandering monster, surprise, whether it’s a lair, etc.) slows my game to a crawl, and more importantly, doesn’t make overland travel feel like exploring the wilderness.

I’ve always wanted to add weather rules into my game, but dreaded the added complexity. That’s why when I saw Delta’s insanely simple rules for weather (link) that replace the normal rules for getting lost, I immediately adopted them into my game.

It definitely makes sense from a verisimilitude stand point. In a pseudo historical setting where characters will usually be navigating by watching the sky (whether using the sun during the day or the stars at night), or by locating visible landmarks, it’s much easier to get lost when there’s weather blocking your view.

From a gameplay perspective however, Delta’s rules mostly restrict character movement. Instead, I prefer to give my players a choice of continuing travel, but at a cost and with my status effects (see previous post) I can do that easily.

These weather rules, along with flattening my wandering monster tables (rather than using the nested tables in B/X) have really helped me make travel fun and breathe life into overland travel at my table.